How I Got Clean And Sober 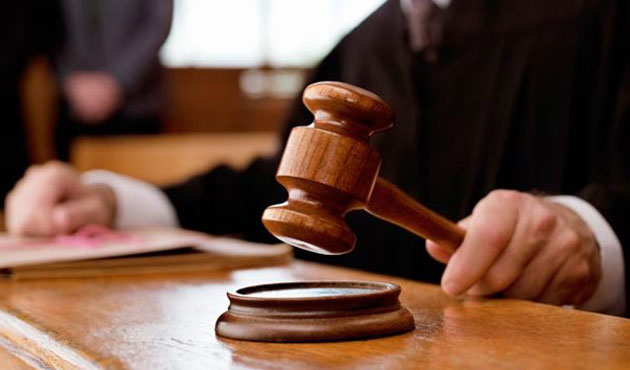 My last robbery was the worst most botched up job I’d ever done. I’d targeted this certain movie theater because they held their entire weekend’s take in order to deposit it every Monday morning into the bank next door. Confident I’d be there before the manager had even filled out the deposit slips, I loaded up on a plethora of drugs: heroin because I was addicted; Valium to steady my nerves; a hit of crack because it was there and a shot of speed to get me out the door. I was a complete wreck—definitely not in what anyone would possibly consider a right frame of mind to even consciously watch TV, let alone wave a gun around a crowded Cineplex.

The kid that was doing the driving was a bit reluctant to go with me in this condition. “Don’t worry,” I said. “I got this under control.” When he pulled up to the theater, I hastily slid the ski mask over my face and stumbled into the box office. Unfortunately I was hours late—perhaps it was that extra hit of crack that delayed me—and the manager was long gone. The only money was a few hundred that was in the till. When I ran back out to make my getaway, a bus had pulled up alongside the kid’s car, effectively blocking us in. Sitting in the passenger seat screaming for the kid to get us out of there, I knew my time was up. Surprisingly, we did make it out of there. Not so surprisingly, the cops kicked in my apartment door a few hours later and dragged me off to jail.

I had been using drugs for over 20 years, the last 18 of which I’d been addicted to heroin. My ever-increasing habit had been the deciding factor for committing armed robberies; it had actually been my primary source of income for the previous few years. The fear of withdrawal had me stuck and I was scared as hell of trying to quit. After having run the gamut of crimes, I’d finally settled for the one with the biggest immediate financial return. Yet now circumstances had done something for me that I couldn’t do for myself. The police had essentially done me a favor. I’d been so out of control for so long that I’d basically forced them to come get me, and sitting in county jail I was able to actually kick heroin for the first time without interruption in many years.

This would be the first in a long line of “favors” I received that would ultimately help get me clean, though at the time I didn’t see them as favors. Hardheaded and convinced I was destined to be a junkie forever, it took me a few more years to get it.

Yet when the state of California offered me a three strikes 25-years-to-life conviction on that robbery and a dozen others the DA had charged me with, it was a big jolt of reality. All my life I had thought the rules didn’t apply to me, and here the state was making it quite evident that the same laws that governed the rest of you also governed me. Realizing that I could quite possibly be incarcerated for the remainder of my life was intensely sobering. I made a resolution that if I got out, I was going to stay away from drugs and quit doing crimes. And I’d like to say that that was what I did. But it wasn’t that easy.

Convicted of two counts of robbery and sentenced to serve only four years, I was eventually released on parole with nowhere to go. Knowing that it was just a matter of time before I’d be back to doing what I did best, I checked into a long-term residential rehab. Yet just being in a rehab doesn’t work if you don’t really have a program of recovery and after 18 months I relapsed.

For the next six months I wallowed in subjugated depression, unable to stop using. Out on the lam, I avoided my parole officer, who wanted to send me back to prison. It was one of the worst periods of my life. And when I finally had a moment of clarity, I applied to another residential rehab and even though I lied about being off drugs, they did me a favor and took me in. And here again I’d like to say that I was the perfect client doing all the right things that the program asked of me—except that wouldn’t be the truth.

Yes, I had stopped using drugs, but I was still the same person inside. And even though it was perfectly clear at this point that the rules did apply to me, I still acted as if they didn’t. Ignoring the rehab program’s requirements of attending a daily 12-step meeting and getting my attendance slip signed, I’d instead go to the café down the street and read the paper and drink coffee. And then, borrowing a pen, I’d elaborately sign my own attendance slip and go back to the men’s dorm to take a nap. Because of this, another favor was bestowed upon me. A woman I was in treatment with caught on to what I was doing and, jealous of the fact that I was getting away with it, ratted me out to the counselors. That afternoon, the program director found me napping (another infraction of the rules) and dragged me into his office where a hastily assembled staff meeting was in progress. The topic of discussion was my expulsion. When it became more than apparent that the staff meant to kick me out (which would have been considered a parole violation and I would’ve been locked away for at least six months), I promised that I’d follow all the rules, including getting a sponsor to work the steps.

A few weeks later, while complying with what was asked of me, I realized just how hard I’d been working to not do the right thing. I had been going against the right way for so long, I really didn’t know there was any other. When I finally surrendered and started working the steps with my sponsor, I was able to actually gain an understanding of how futile everything I had done was. I was just screwing myself even further and when I stopped breaking the rules and started adhering to them, things began to change. It’s probably more accurate to say that this when I began to change. I was no longer concerned with getting over on those around me. I didn’t need to control or manipulate everything and everybody. And finally the most important: I wasn’t the center of the universe and everything wasn’t about me.

This internal work hasn’t been easy. There have been times where I’ve wanted to give up and not feel the emotional pain that self-reflection can produce. Yet in doing so, I have grown into the person that I am today¬, a person that I’ve always wanted to be—someone with integrity, compassion and commitment.

Of course, I had to destroy my life to get here.