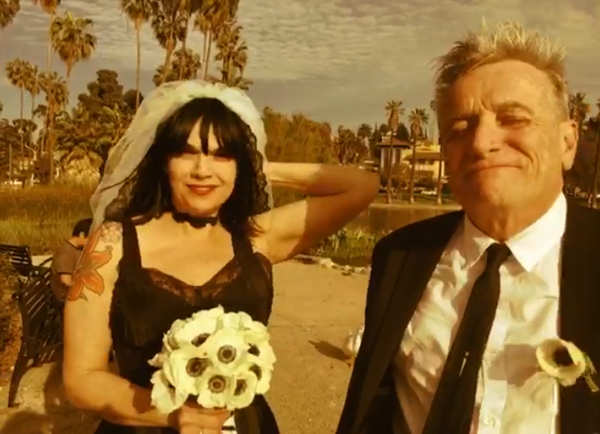 I’ve been trying to write this essay for a few weeks, but I haven’t been feeling that grateful, so it’s been hard. Everyday the prevailing atmosphere of political fear mongering bombards my senses and assaults my principles and beliefs. Meanwhile the media is practically falling over one another constantly upping the anxiety ante, and now, through social media of all places, there’s even the scent of nuclear war on the air. It’s all so overwhelming it’s hard to feel positive about anything and that dread of negativity is flowing into every aspect of my life and I just want to isolate and hide.

Yet life goes on, with or without me, and I still have to at least go through the motions of being a part of it all, even when doing so causes depression and anxiety. And really I know it’s not just the external stuff that I’m stressing over. What I’m talking about is self-inflicted. Like I have a novel out in search of an agent and I have to interact with a lot of people I don’t know, which means I’m once again putting myself out there to strangers and getting rejections or worse, being ignored. While this isn’t the greatest part of the “being an author” experience, it should be a time of elation. Hey, I wrote another damn book, after all! But instead what it evokes is the fear I’ll never get published again, a sense of doubt that my writing sucks and that’s why I still haven’t found an agent, and of course a major dose of self-loathing, which unfortunately is a near constant anyway. Also let’s not forget I’m another year older in a society that values youth above all else and I’m stressed out that I’m too old and no longer considered viable—and if that thought is running on a tape loop through your brain… yeah, well, just try being productive. But then again what does it matter anyway when I’m so old I’ll never complete all the creative projects I’ve got planned, while simultaneously being afraid I’ll have to work a “day job” until I’m 90 and then die penniless and without healthcare in a tent on the street in front of the building that I now live in. Which, by the way, just got sold and we’re waiting to hear if we’ll indeed still be living here next year… See what I’m talking about?

Every morning as I brush my teeth I stare into the bathroom mirror and say my mantra: Fuck me. Fuck life. Fuck everything. But this morning when I woke up there was a sense that something was different and when I got out of bed and looked at my phone I realized it was the 8th of January, which is the anniversary of the day I stopped using drugs. Seventeen years ago I checked myself into rehab. I was strung out, absconding from parole, and all I wanted was to somehow figure out how to shoot heroin, free of all the horrendous consequences, and possibly not be as much of a scumbag junkie as I was. Of course that never happened because basically that’s an impossibility. But what I did get was a life free from active addiction, a new way to live, and a whole lot more that I never really considered or knew I wanted and needed. And now if I really want to put it all in perspective the old junkie me would have never even considered that one day he’d be stressing out about publishing a novel, or living in a 1700 square foot loft, or having a day job, or even getting old. My biggest (and only) concern then was my next fix and how was I going to get it.

When I look back at what my life was like then compared to what it is now I can’t help but feel grateful. And while the world’s political situation sucks a big bag of dicks, being in recovery has taught me that I can make it through a lot of rough times. And if you study history the American people have made it through similar tough eras of political malevolence and survived. So I have to believe that as before all of this will change with the ebb and flow of time. Will it be for the better? I have no idea. But if I am to live my life in fear of what may be, then I am not living. So for right now instead of concentrating on how bad it has all become I’m making an effort to switch my focus to being productive, supportive of others, and to work harder to be a part of the solution. I know, crazy, right? Besides if I just focus on the negative then I’m not acknowledging all of the wonderfulness that has occurred.

Without a doubt the best of 2017 was when the love of my life and partner forever Jennifer Courtney and I got married. On a sunny afternoon in March, at the height of rush hour traffic, we stood out on a piece of land that jutted out into the lake of Echo Park accompanied by a friend to stand witness and another friend who is a Universal Life Church minister. And while a production company filmed a rap video across the lake and the midi-bass boomed so loud that at times we couldn’t hear ourselves, Jenn and I said our vows. Afterwards a homeless man cried and thanked us for allowing him to witness our union while at our feet two ducks had sex. 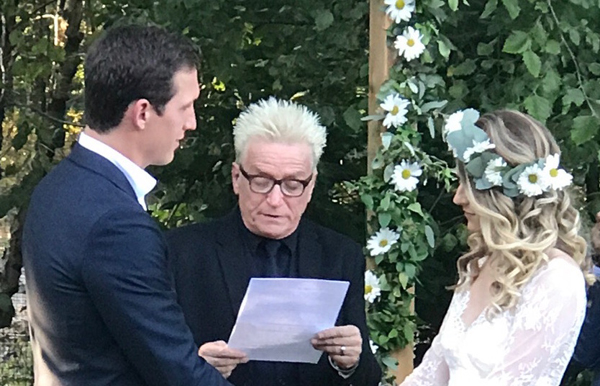 Six months later I officiated my niece Dylan’s wedding (I too am a ULC minister) and our entire families were there and it was a beautiful day. Not only was I honored Dylan and Zach would want me to officiate, but I was grateful and happy to be able to be present and of service to my family. 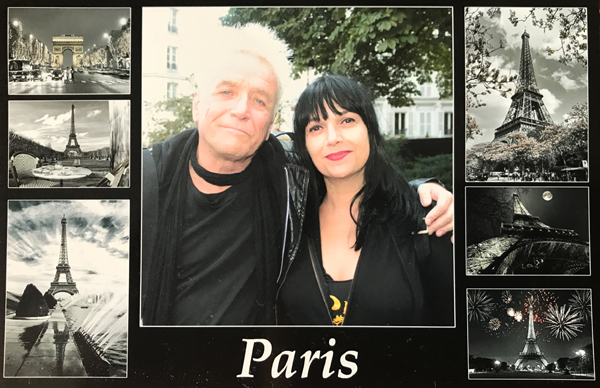 The next day Jenn and I jumped on a plane for our honeymoon in Paris and Barcelona. It was amazing, it was awesome, and we didn’t want to come back (we just couldn’t figure out how to stay—not yet anyway). But after the initial culture shock of returning wore off it was good to be home because these days I’ve actually got a career and a community that I’m a part of. When I stopped teaching fulltime I was worried I was making the wrong decision, but now I work in recovery as a narrative therapist and not only do I get a lot of fulfillment from what I do, but I’ve more time to write and do things like co-coordinate the WTAW-LA reading series with Ashley Perez. Together we’ve completed our first year, and now we’re onto the next, and it’s been cool to fill another role in this awesome Los Angeles Lit community of ours.

I know I’m forgetting a lot of stuff and people and friends and family and achievements and events, but… The truth is my novel will get published, or it won’t, and I’ll keep writing because that is what I do. There will be more creative projects, the years will continue to flow, some will suck, and some won’t, I’m going to be depressed, I’m going to be happy, and I’m going to get older, there’s no way around any of it. But in the end what I’m really grateful for is each and every one of you and this world that we all share and live in. Maybe now is the time that we can help each other and make 2018 the year for change and create something we’ll never forget.