The Human Frailty of Emotion 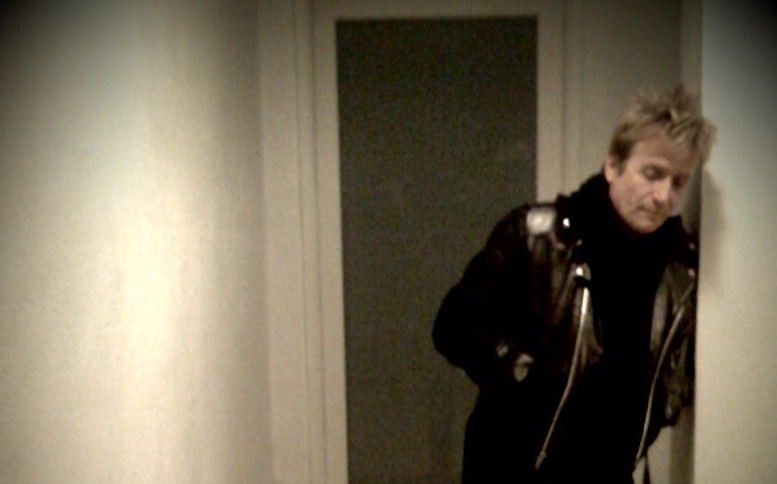 Yesterday, digging through some old files, I found this piece I had written thirteen years ago today. Oddly I never did anything with it. Just another essay depicting the world I lived in and my frame of mind. With less than four years clean off drugs I was just learning to navigate the world again. So much has changed. Yet so much stays the same.

It doesn’t always make sense – these moments of depression that I get into – especially when there’s no rightful cause or perfect reason as to why they come and stay with me for the durations that they do. Some days when I’m just going about life like it’s all normal, like I’m one of those individuals that never has to worry about dropping off the deep-end into the dark. I think I’ve got it licked only to turn the corner and run smack into a head-on collision with a hefty bout of despair: waylaid, blindsided and bushwhacked. And then there I am shrouded in turmoil, lost to my fears, waiting for some happy thoughts to reappear.

Like those mornings I wait for hours before getting out of bed: awake, but not willing to admit to it, eyes tightly closed, the covers over my head. Those are the days I’d rather not talk to humanity, avoiding social interaction and personal contact: staying inside, the window closed, the blinds drawn. Ignoring the phone, the quiet knocking at my apartment’s door – listening instead to my neighbor’s sorrowing cries on the other side of the wall.

In the past sleep came easily whenever I was depressed, despondent or even slightly deranged. But as I’ve gotten older: another year, another day, I look up into the mirror and I’m tired, I’m grey. I often lay awake nights: the sounds of the streets invading my thoughts, the sounds of my neighbor’s antics trying my patience, the sounds of the bridge traffic testing my tolerance for living below a freeway. Only to have the morning arrive too soon, the night barely over, the dawning daylight too bright for tired eyes as the sun slyly tries to work its way into my room.

Yet back in those murky days of old there were those horribly long nights I’d lay in bed stressing over impossible stuff I had no control over, much of it a direct result of my inability to deal with life’s situations and circumstances that came about through bad choices and an unhealthy lifestyle. Making me prone to bolting upright, doubled over with anxiety, whenever a particularity gruesome ill-fated thought invaded my brain. However, due to perhaps not making such horrendous choices anymore, or the unenviable fact that I don’t sleep like I used to, I now almost never lay awake pondering anything that I can’t immediately take care of. Choosing instead to rid my mind of such unproductive matters and concentrate on the present situations that are at hand. Or that’s at least what I tell myself.

Unfortunately this fundamentally sound reasoning for not stressing doesn’t always work out as I can just as easily stress standing up waiting for the bus or walking down the street. It’s just that I don’t do it while lying in bed anymore. But still, nothing seems to keep me immune from depression.

Although there are those mornings, rare though they may be, I’ll be up a half hour before the alarm rings, one eye open surveying the new day, not dreading going to work – but still be depressed. Though more than likely it’ll be more like it was today where I want to do nothing but lay in bed, ignore the phone calls, pretend I’ve got nothing pressing I need to do. Mid morning, the sun is already residing in the sky; three different rap songs are playing simultaneously from different apartments converging together as one convoluted mass of noise coming into my open window. Making staying asleep impossible, though I have feigned doing so for the last two hours. Begrudgingly I get out of bed making my way to the sink to brush my teeth.

A cup of coffee and a newspaper are the only things that’ll make me get up and stay up on days like this. So I walk out the apartment, down the hallway, past the prone crackhead sleeping on the floor by the door to the stairs. Slipping down three flights into the lobby, there’s a commotion going on as always. Through the front plate glass windows I see two cop cars with their lights flashing as they sit outside at the curb. While the security guard and a police officer drag that short dirty little dude, the one everyone says is a child molester, although there’s never been any evidence to corroborate that rumor. Both of them holding one of his arms by the elbow lifting him off the ground, his small legs and feet swaying as they step out the front door and shove him into the back seat of the patrol car.

Around the corner on Third Street two drunks with a dog argue over where they’re going to go to finish off the bottle of booze they’ve got. One of then pushes the other who stumbles into my path, the dog barks, I move to the left expecting the blows to start flying any minute. The drunk whose blocking my way excuses himself, gestures with his hand the path is clear and then kicks the dog who doesn’t even yelp, obviously used to such ill treatment.

Stepping off the curb onto Harrison Street a small sports car nearly runs me over and with a screech of its tires is gone. The dust settling as I try to catch my breath, looking up I notice the traffic light is still green. Across the street another cop car is parked on the corner, inside an officer reads his paper oblivious to what just transpired.

At the coffee shop there’s a packed house of caffeine addicts manning all the tables: fiddling with their cups, reading their newspapers, the overflow of regular patrons spilling over onto the tables outside on the sidewalk. A group of overly dressed high-heeled women clutching their pocketbooks scan the pastry counter, asking for things that aren’t there, demanding decaf teas, wanting everything to be low fat. Quietly I work my way around them to order at the espresso bar, the woman nearest me scowls as I inquire if there are any more Sunday papers left – gripped tightly in her hands is the last one.

Walking home I pass the newspaper vending machine, with no quarters in my pocket I continue on. Going in the opposite direction is that rather disheveled gentleman from the second floor and as we pass each other he turns and says, “Sumpin goin on in the building, got the poh-lees there again.” He always refers to it as “the building,” though he’s lived there for almost as long as I have. But I don’t even acknowledge him as I’ve witnesses one too many times the sordid financial interactions he’s been up to with that lady down the hall from me. The one with all the piercings, the one that sells the coke he uses to lure hookers into his life.

There’s now two more cop cars, a fire truck and an ambulance out front. As I approach the entrance a uniformed paramedic asks me where I’m going. “To hell,” I tell him. Then push my way through the crowd of uniforms making it across the lobby and into the elevator. Upstairs in my room I put the cup of coffee down on my desk and get back into bed, rolling over, and pulling the covers over my head. Today can wait. There’s really no need for me to bother. It’s not like I’m depressed. It’s just that why should I even try when it’s like it is and everyone else seems to accept that? Eerily the knocking starts up again on my door, the phone rings once and then stops, and as I lie here in bed I can hear my next-door neighbor began to cry.