We Once Were Allies 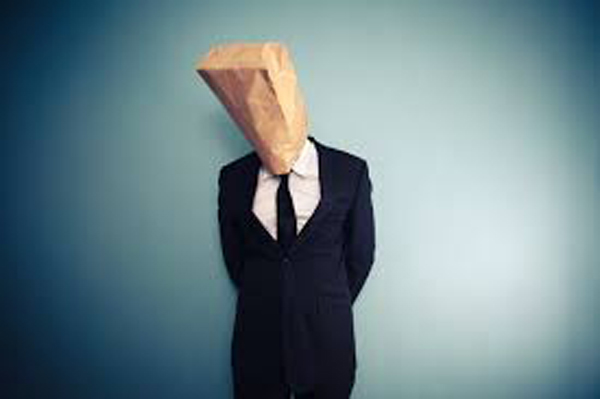 It is hard these days to not get swept up in the caustic diatribe that daily modern dialogues and public discourse produces. There is a prevalence of fear mongering in everything. Whether it’s your side, or the other, no one is content to just stay with the facts. Our current president is one such obvious example. His language is so intensely ramped up into swaying the masses that the level of dishonesty is so evident that it is insulting to anyone with half a brain, or at least a decent memory.

Never before has the concept of merely stating something, regardless if it is questionable or problematic, been so readily accepted as a plausible means to sway opinion. The mere denunciation of scientific facts and historical reality appear to be the new norm of denial. As if the speaker is the authority on all things and we’re supposed to suspend our beliefs as their statements then become reality by the shear force of repetition. Often yelled loud enough to quell the doubt in everyone’s mind.

It is enough to almost make one shy away from it all. Become withdrawn and unsocial. The prevalence of desiring mundane activities increases and although one cannot just crawl under a rock and avoid it all, one can limit their exposure.

I am guilty of seeking out my avoidances. I tend to get much more involved in my own professions, writing and teaching, as a means to not deal with the world. I disengage from the angry rants on social media, I let go of needing you to believe in what I believe in, and I accept that there are some really irrational people out there with even stranger opinions. It is not the perfect solution, but it helps keep me sane.

Yet I find that even then the tentacles of the angry and disenfranchised will still seek you out. It is not enough to not engage. Because much like today’s political discourse, everything appears to be up for grabs as to whose opinions will rule. And if it is screamed loud enough, while gathering your forces, then you win. It is bullying. It is dishonesty. And it has become the acceptable norm.

Not so long ago I too found myself under one such an attack on social media. It came from out of left field, literally, and I was totally taken off guard. The hurt, the anger, the shame were overwhelming, yet I had done nothing but publicly express a belief contrary to another person. A person who used her position and community to then condemn and crucify me in public, ending ultimately with my losing a teaching opportunity, which of course hurt me financially.

But what actually affected me the most was where this attack came from. The woman who publicly attacked me is the managing director of a “San Francisco-based non-profit that… gives voice to innovative queer and outsider writers and artists whose work authentically reflects the LGBTQA community’s diverse experiences.” Ironically I have supported this organization for ages, I have read for their reading series on numerous occasions since 2009, and the founder is a personal friend. Yet it was at one of their readings that I apparently offended the managing director with a piece that I read about bondage sex, when I described a woman as: “slightly overweight,” and having a “flabby butt.” I didn’t know it at the time, but I had upset her. Which given the circumstances was an entirely odd proposition as their reading was labeled as “The Low and the Vile: an afternoon of low-down, vice-ridden storytelling as we salute the hedonistic outlaw legend of North Beach’s Barbary Coast at the infamous Vesuvio’s Café.” My essay described numerous past awkward drug fueled sexual encounters – which I thought would fit into the “vice-ridden storytelling.”

Yet censorship and prejudice can rear her head no matter what “political” affiliation or beliefs one might have. In her own personal bio this woman describes herself as: “one of the nation’s leading experts and lecturers on fat discrimination and body image.” My use of descriptive language referring to the woman in my essay obviously caused a festering resentment, yet nothing was ever said to me, and I even read again for the reading series three months later when on tour for my memoir.

Now, segue to a year later, and I’m sending out a mass emailing offering an invitation to my online writing course that deals with writing about eating disorders. A subject I am all too familiar with, as I have suffered from anorexia and bulimia my entire life. This was not a therapy course, but a creative nonfiction writing course that encompassed all aspects of eating disorders, body image, and how they affect us. This is such a loaded topic that it makes for excellent writing material. I am not preaching a certain doctrine, or idea. Anyone may join. My mailing list consisted of every contact I have made throughout my writing and teaching career, reading series included, and even though I am hesitant to send out such an impersonal group emailing, I still need to attract students, and I hit send. 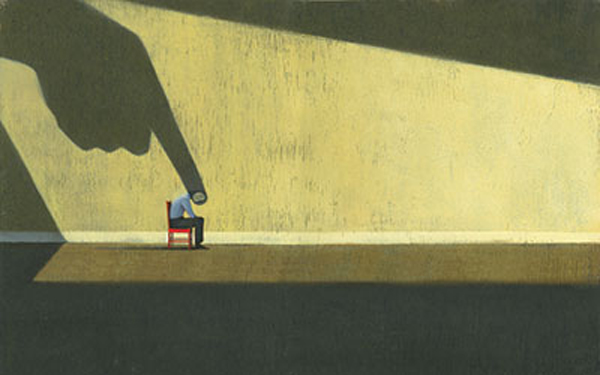 The next morning I see my name mentioned in social media. The managing director has reposted the link to my online course with: “I became really alarmed when I saw that Patrick O’Neil is teaching this course. The first time I heard him read he read from a chapter in his memoir where he tied up an “overweight” woman [sic] the ceiling, upside down so [sic] could give him a bj and then he just left her there so he could score drugs. He routinely writes about how disgusting he finds fat bodies and all the work I’ve heard him read from manages to work in fat phobia somehow. I just wrote him to let him know how alarmed I was that he was teaching this course, to inform him that many eating disorders are fueled by fat phobia, and that I worried about his working with people with ED and definitely about his working with fat people. I am so thoroughly flabbergasted and angered right now. Like I can’t BELIEVE that someone this blatantly fat hating would teach this course. And I don’t know whether it’s appropriate to call the university or what.”

She then rallied her followers to respond to her post by linking them, and they all in turn berated me and what I do: contact the university, boycott, sue him, etc. Somewhat nervously I opened my email. There was more of the same. I closed my laptop and felt shock and betrayal. My self loathing took over when my co-dependency went into high gear. Some of her words rang true. I am fat phobic – I have a deeply ingrained fear of being fat, and severe body dysmorphia because of it. I have been dealing with anorexia and bulimia since I was a pre-teen. I had a mother who was on a continual diet and despised fat people, never hesitating to comment and put them down. Her issues with food got passed down to me and became so intertwined with my desire for a parent’s love and then her ultimate abandonment that I spent the majority of my adult life denying it all with drug use.

Years later when I finally got into recovery I was once again forced to address my behaviors around body image and eating. In doing so I sought out therapy, 12 step groups, and public divulging my struggle through publishing essays. I followed the suggestions of others and became conscious of my body, diet and obsessive thinking. It is an ongoing struggle for me. But unlike my mother, the only fat person that I shame and hate is myself. I didn’t make up my program of recovery, I adopted a proven school of thought that the managing director and her friends apparently did not agree with.

Several emails were sent off to the university where I teach. A “certified therapist” and friend of the program manager claimed she would sue the school if I taught the course, although what she would sue about was vague. In each email I was misrepresented and slandered. My university labels itself as a “non-profit private liberal arts school” supporting “social justice… a sustainable environment and community partnerships” as well as “human dignity and dismantling ethnic biases, heterosexism, sexism, classism, ageism, ableism, and discrimination based on religious, cultural and political affiliations, and other forms of oppression.” Yet in today’s politically charged environment where it all comes down to public opinion and a dominant social media presence, they caved in. Wanting to avoid any unhealthy press, they canceled my course.

I was stunned, disappointed, and hurt. I had never set out to offend. Although I am not one to worry about being absolutely politically correct either. I was disappointed in my school for not supporting me. I felt attacked and misunderstood. But what really confused me was where this all came from. There was a time when those of us who were not “main stream” stuck together. We supported each other, and if there were differences we worked them out internally. Yet all of that is not how it is now. There is no “them and us” – there is only “us” and that is whatever faction you align with. It doesn’t matter who came before you, or what their beliefs may be. It doesn’t matter their experience, or demographic. If you scream loud enough you can drown them out so that only your beliefs can be heard.

I am not a “certified therapist” teaching a therapeutic course to heal eating disorders, nor did I ever represent myself as such. I recently taught a writing group in a California state prison. These were men that were mostly doing life sentences for murder. They wanted to write about their crimes, and in doing so feel a sense of cathartic relief. I do not advocate murder. I do advocate writing about emotions. Which is the same basic concept that I bring to all my courses, the eating disorder course included.

Also, another very troubling aspect in all of this is the managing director’s objection of language. Are we as writers no longer going to be able to use words that people find offensive in our writing? Because obviously, as she herself stated in her various posts and emails, she formed her opinion of me being “fat phobic” based on how I described a woman in a piece of writing that I read publically. Really? And you manage a reading series? Do all the authors you invite to read then need to get their work pre-approved to fit into your limited view of what is acceptable? If so I do believe there is a word for that, it is called censorship, and sadly this type of suppression is being played under the guise of political correctness.

But no matter how you label it, the bottom line is when people make these kinds of divisions and segregate one section from another they perpetrate their own form of oppression, and attacking people on social media is the new form of this oppression. Not being considerate of other’s beliefs is the new intolerance. Reverse shaming is acceptable if you feel your cause is just. Hate is the new medium of communication. They are just words strewn across the Internet. I don’t have to face you. You are nameless and you do not believe in what I believe in. Sadly, we once were allies, but now you don’t know me, or even care.

Member of The Internet Defense League