Pardon Me: Even On My Worst Day, There’s Something To Be Grateful For 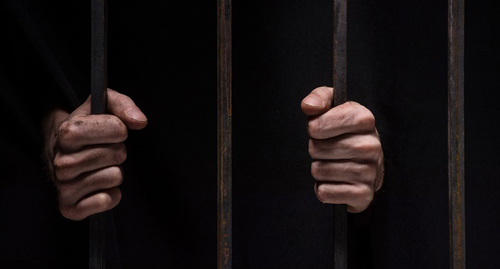 Wednesday was like any other day; I was running late to work, scrambling for a parking place, had five back-to-back meetings with difficult clients and a staff meeting that went on for entirely too long. By four o’clock I’d just about had it, and if I wasn’t in recovery I would have been parading out with the rest of humanity to hit a bar for happy hour for that “over the hump day” celebratory cocktail (or, for me, 20).

However, these days I’m not only in recovery but I also work part time at a rehab, so I don’t even have “normie” co-workers to entice me into cocktail hour (not that I’m easily tempted, but you know what I mean). Instead, I just packed up my meager belongs and walked the three blocks to retrieve my car to head home.

My job is located in a highly-populated neighborhood in Los Angeles, and finding parking is always an ordeal—even when I’m not running late. There have been a few times when I’ve left work not able to remember where I had parked, and walked aimlessly until it came back to me. This time, when I got to where I was sure I had parked, there was another car in that spot. After a few strolls around the adjacent blocks, I concluded that my car had either been stolen or towed—the latter being more likely because my car is old and undesirable. But even with this knowledge what was I to do? It’s not like I’m versed in either situation, and after a few minutes of stress bordering on a panic attack, I pulled out my phone and called the number listed on the numerous and confusing city parking signs posted throughout the neighborhood.

“Yes, I’m wondering if my car’s been towed?” I tried not to panic.

The helpful, yet surly peace officer gave me a number for the “parking enforcement” department, who I then called, where an equally surly voice told me that, yes, they had towed my car—although this person wasn’t sure exactly why. Now I needed to call the tow yard.

“Why did you tow my car?” I demanded.

“It was in a tow-away zone,” he replied.

Standing on the block where my car had been parked I looked down a long row of parked cars that obviously hadn’t been towed and then glanced up at the parking sign. There was nothing on there about this being tow away zone.

Then it started to rain.

“You coming in to get your car?” He was getting impatient.

An overwhelming rage erupted in my soul and I wished for days gone by where I could slam the phone down for that satisfyingly abrupt disconnect, but instead I mumbled “Yes,” and stumbled toward a busy intersection while fumbling with the Uber app. It was now rush hour, raining (which in LA is close to Armageddon) and traffic was at a standstill—plus the Uber app showed me that we had moved into “surge fare,” meaning three times the normal rate. This day was just getting better and better.

Defeated, I walked to the closest bus stop and waited. When the bus finally arrived, I made my way to the last seat, an uncomfortable aisle seat in back. Soaking wet, I sat there feeling overwhelmed and depressed. I didn’t have the money for whatever the tow and traffic ticket was going to cost (which caused me to mentally calculate how close I was to being destitute) and all my financial fears rose to the surface. Then my phone rang.

The area code indicated that it was a Sacramento, California number, and I don’t really know anyone in Sacramento—but what the hell, my day couldn’t get much worse, and so I answered abruptly, “What?”

“Hi, is this Patrick O’Neil?” a woman asked.

“This is the Office of Governor Jerry Brown, we’re calling to let you know you’ve been pardoned.”

Suddenly an overwhelming warmth erupted in my soul and I felt incredibly calm. For once I was at a loss for words, my eyes misted over and a tear ran down my cheek. Looking up, I noticed a tough-as-hell Cholo staring at me across the aisle, when our gazes intersected he diverted his eyes. Crying on the bus was probably not acceptable in his world—nor would it have been in my former world.

Twenty years ago, I made the bad life-changing decision to commit a series of armed bank robberies to support my heroin habit. At the time, I was mentally and spiritually as low as I could go: strung-out, desperate, in fear, self-centered and deranged. I saw no way out from where my addiction had taken me, and I decided that my life was over and whatever I did didn’t matter as life just wasn’t worth living.

I was eventually arrested, convicted and sentenced to prison. Then one day, on the yard of San Quentin, I realized that unless I made some drastic changes, that this would be my life from now on. Upon my release, I entered rehab and started attending NA meetings. When I graduated from treatment, I became a drug and alcohol counselor. Then I went back to school and got my Master’s degree in creative writing. I wrote and published a memoir, began teaching college and continued my involvement with my fellowship.

Without my noticing, the days turned into months, the months into years and my life continued to evolve into the most wonderful existence beyond anything that I could have dreamed of—except my criminal record kept following me. Teaching gigs and appointments to full professorship eluded me. I applied for positions and the application always had that dreaded “have you ever been arrested” box that needed checking—and when I did, I never heard back. I’ve also been denied apartments, volunteer positions and bank loans.

Then, two years ago, an amazingly generous pro-bono lawyer took on my case. After a mountain of paperwork, six months of waiting and a court appearance, I was granted a Certification of Rehabilitation by the State of California which automatically made me eligible to apply for a Governor’s Pardon (“automatically” meaning another mountain of paperwork and another year of nervously waiting).

So on a day when I wasn’t feeling grateful for anything that has been so graciously given to me, a phone call made my immediate problems disappear.

“Mr. O’Neil?” she asked after my long, silent pause.

Jolted out my memories, I told the woman about what a bad day I’d been having, and how I was on a bus to get my car from the tow yard. She told me how sorry she was to hear that.

“Is there anything else I can help you with?” she asked.

“I know this sounds cheesy, but would you give my best to Governor Brown?”

Since my first day in recovery, I have never once regretted making the commitment to change my life. I am eternally grateful for all that has been given to me, and in return I try to be of service to others, carry the message to addicts (and alcoholics) and practice these principles in all my affairs. It has been a long journey, but worth it. And the pardon for my past behavior is another in a long line of gifts that confirms I am doing the right thing and that I’m not alone.

Originally published as “The Day I Was Pardoned for Committing Armed Robberies” by AfterPartyMagazine February 9th, 2017