The Stupid Shit We Say to Newcomers 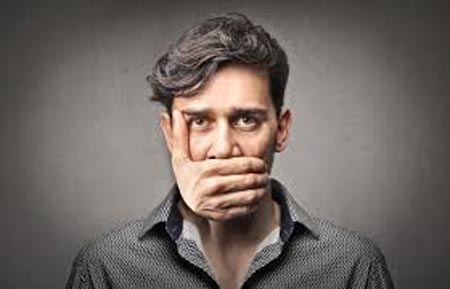 When I started out in recovery, I was testing the waters. I came late to meetings so I didn’t have to deal with what I felt was insufferably happy small talk between members. I didn’t want to hold hands, I didn’t want a hug and I sat in the back of the room, glaring at everyone, wondering why no one was reaching out to me. After all didn’t you all say that the most important person in the room was me? At the time I couldn’t correlate that it was my horrible attitude and demeanor that kept everyone from approaching me. But hell, I was there—in a meeting—and I came to get help. Couldn’t everyone see that?

I was a typical self-absorbed addict. I thought the world revolved around me. So why should recovery be any different? Yet sitting in the back of the room afforded me an unobstructed view of all that was going on. I may have been self-centered, but I was also a fast learner and very observant. I quickly sussed out the chips, the sobriety anniversaries and the not using in between deal. I understood that I needed to work the steps, read the literature, and find a sponsor—not that I did any of those immediately. But what I had the most trouble with, what really confused me, was what people shared. From the guest speakers to the secretaries, trusted servants and my fellow members in the audience—people in recovery said the weirdest shit.

I could overlook all the bumper sticker sayings like, “Easy Does It,” “One Day at a Time,” and “Keep It Simple.” While slightly patronizing, these statements made some sense. I needed to slow down, do the next thing on the agenda and not make it complicated. It was the tired and trite clichés that mostly annoyed me, and had me questioning whether or not I could actually stay clean. When I heard some guy with 20-plus years say, “The longer I’m in recovery, the less I know,” I flinched. You’ve been sober for two decades and that’s the best you can come up with? So what you’re saying is recovery makes you dumber—really? This just didn’t make sense, nor did it instill a lot of faith that the 12 steps actually worked.

Then there was the woman that said, “Relapse is a part of recovery.” And I’m all, “Yes!” Because in my mind she’d just given me the green light to go relapse. It was now okay if I go use. Well, as long as I came back and said I was a newcomer again. I thought anyone with more time than me (which was practically everyone) was incredibly amazing, and that if I just hovered in their hemisphere I would get recovery through osmosis. Obviously they had figured this scam out, because up until now everything in my life was a scam of some sort, so why should getting clean be any different?

I also remember the first time I heard, “My worst day sober is still better than my best day using.” At that very moment in my life I couldn’t see it. I had a ton of what I felt were “good times” using drugs and I wanted to get high really badly and relive them again. In all actuality this was the worst my life had ever been. I was homeless, penniless, weak from withdrawal, unhappy, tired and resentful. That all of that was of my own making due to my addiction didn’t matter—of course all of that was someone else’s fault—it’s just that a statement like the best day/worst day didn’t ring true. When it was so causally thrown out and folks around me nodded their heads in agreement, my internal dialogue started pointing out the various reasons this program wouldn’t work for me. Throw in all that talk about the “shitty committee,” the “pity party,” a newcomer’s “pink cloud” and that annoying “Don’t leave before the miracle happens” and I was about ready to scream. I didn’t do cute before I got sober, and I sure as hell wasn’t going to be doing it now.

Perhaps the worst part was all the God talk. I had a really hard time accepting that I needed to have a power greater than myself and that power had to be called God with a capital “G.” My first AA sponsor had me read the “Chapter to the Agnostics” part of the Big Book, which basically said, “You might not believe in God now, but you will.” Which really didn’t help, in fact it had me worried I was in a thinly veiled religious cult. When I jumped ship to the less bible-quoting fellowship of NA I still had a resentment with the literature’s insistent referral to all things “Him” and “God.” And then at an NA meeting I heard, “Let Go and Let God,” I just about lost my shit. There was no escaping it.

Of course all of this had more to do with being a newcomer than what people were actually saying. Back then I wasn’t capable of putting “principles before personalities.” I judged everyone harshly, including myself. As I gained more clean time, what people said annoyed me less and less. Today I rigorously practice the spiritual principles of honesty, open-mindedness and willingness. I am more accepting of others, but I have never forgotten how it felt to be a newcomer and my initial reaction to what I heard in meetings. You will never hear me utter “It was a God shot,” or “Fake it till you make it,” or even “Take the cotton out of your ears and put it in your mouth.” Instead when I share what I am going through, I stay away from the cute, and talk about how my solution is always in the 12 steps. I may not be the most sterling example for the newcomer, but I try. After all, “We only keep what we have by giving it away.”

Originally published as “The Stupid Stuff We Say to Newcomers” by AfterPartyMagazine September 26th, 2016