Stuck in the Cycle of Relapse 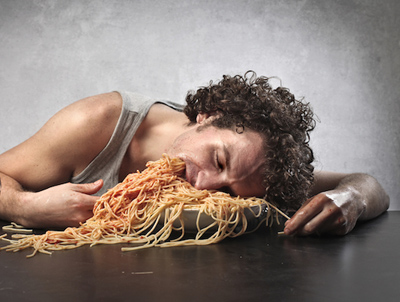 I often hear people at meetings say relapse is a part of recovery. However, with my program in Narcotics Anonymous it hasn’t been. I’m from the school of “no matter what.” As in no matter what happens I’m not picking up a drug or a drink. So when I hear someone say that relapse is part of their program of recovery I wonder why. What are they not doing in their program that makes this their reality? Not that I judge others for saying this. I’m just not willing to give up everything and go that route, so it confuses me.

Tomorrow I’ll have 15 years. I’ve done it one day at a time and it has not been easy. Although with the more time I get under my belt, staying clean feels less urgent and drastic—I could almost say it is easier. When I first came into the rooms I was so scared that I couldn’t imagine life without drugs, yet I knew that I couldn’t live my life with them. Every day was another battle to not use. I called my sponsor daily and went to a million meetings. Gradually I got a little reprieve from the cravings. When I started working the steps I gained valuable insight as to why I used. For the first time in my life I realized that trading my integrity and freedom for a few fleeting moments of narcotic euphoria just wasn’t worth it, because afterwards I’d always end up paying the consequences—jails, institutions and ultimately my death. Slowly the days turned into months and before I knew it I had a couple of years, then 10, now 15.

Sadly this is not the case with my eating disorder. I have been dealing with bulimia and anorexia all my life. Two years ago I finally took healthy and proactive steps to address them. I publicly divulged that I suffered from both of these eating disorders, which until then I had kept secret. I began by writing numerous essays about my struggles and publishing them online. I joined Overeaters Anonymous, began working the steps for my addiction to food with my sponsor and talked about it at meetings. If anyone were to look at my program they would probably say that I was doing everything possible. Yet I am still struggling.

I was doing well this holiday season even though family and friends were in town and there were a lot of social events involving food. I knew this was going to happen, so I established some strong boundaries and told everyone that I wasn’t going to be doing dinners with them. We would all hang out and socialize and then when they went out to eat, I’d head home. I thought I was doing well, but internally I was playing the martyr and resenting the fact I couldn’t indulge. Which ultimately led to me craving food and not telling anyone. I thought I was just being strong by saying no and the craving was my eating disorder trying to not so subtly manipulate me.

Eventually I found myself alone in my car driving around contemplating where I was going to score sugar and carbs. I headed towards the pizza parlor with visions of gooey cheese and tomato sauce covered crust, only to get a moment of clarity and turn back. Then I drove past a bakery and thought about cinnamon buns and donuts. Almost like magic I was in the parking lot, staring through the plate glass front window at all the baked goods lined up in the counter and shaking with anticipation. As if I was running on remote, I got out of the car and walked inside, even though that internal voice that knows better was screaming. With a white paper bag of still warm pastries, I headed back to the car and consumed them immediately. Eating so fast that I couldn’t even really taste them. Then not two minutes afterward, covered in powdered sugar, my fingers sticky, I was overcome with regret and guilt. I couldn’t get home fast enough to puke up everything I’d just consumed.

It felt like I was using drugs and I was scared all over again, but I couldn’t stop. Once I started all I did was obsessively think about all the bad food I hadn’t been eating for the last six months. It was like I had given myself permission to eat junk food and I couldn’t take it back. I didn’t tell anyone about what I was doing. I just kept being ashamed and thinking that I’d get a grip on it and miraculously stop. In just a few weeks I could feel the weight I was gaining. My pants started to feel tight and the few times I ran I could feel the extra weight around my stomach. At night I’d vow to get back on track, but in the morning that resolve would be gone. I felt bad about myself. I felt unattractive. I felt fat.

Today I have six days. I’m back at OA, a newcomer. I guess I can say that relapse is a part of my recovery after all. I have no idea why I can be so hardcore in NA, but stay stuck in a cycle of relapse when it comes to my eating disorder. If it’s because food is so prevalent and accepted socially, then why don’t I drink when I’m at a bar? It is not like I couldn’t find drugs if I really wanted to. But dope and alcohol don’t seem to be acceptable solutions. Yet every few months I find myself back here, defeated and seeking help. Seriously this is getting old. I feel foolish raising my hand as a newcomer. But at least I am no longer suffering in silence. I am trying to practice some acceptance with all this. If it has taught me anything, it is to not judge the addict that says relapse is a part of their recovery.