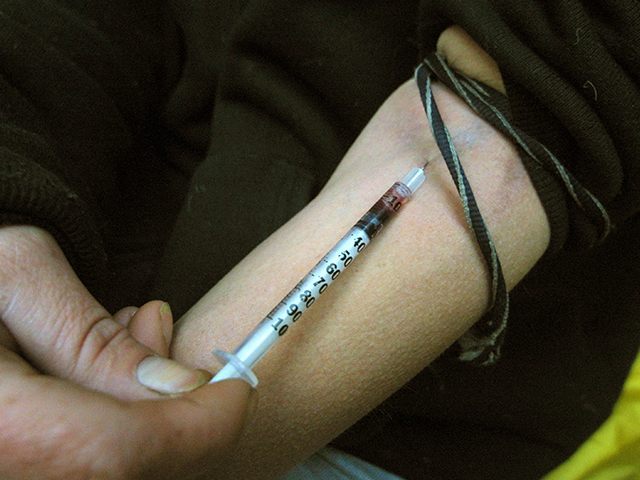 America is experiencing one of its worst drug epidemics in history, and opiates are at the forefront. There are literally millions of Americans addicted to opiates, and according to the National Survey on Drug Use and Health about 948,000 Americans reported using Heroin last year alone. Every week there are over 900 opiate-related deaths due in part to heroin and other drugs that have been laced with Fentanyl. According to the Centers for Disease Control and Prevention, Fentanyl is 100 times more potent than Heroin and, because of its potency, Fentanyl is becoming more and more prevalent in practically every drug sold in America. Knowingly or unknowingly, addicts are using Fentanyl in record numbers.

Here are 4 Reasons Behind Fentanyl’s Deadly Rise In Popularity.

1. More Bang For The Buck: Addicts are always looking for the biggest high. Drug traffickers know that their customers want something stronger, and are choosing to lace their street drugs with Fentanyl. In addition, some addicts searching for a more potent and cheaper drug have gone on to prefer Fentanyl over heroin or prescription painkillers. As Kristen Marshall, a member of the Harm Reduction Coalition in San Francisco states, “For drug users, it’s just like you or I making decisions about the products we choose when we grocery shop. Fentanyl is stronger, you need less of it, and it’s cheaper. So why wouldn’t I, as somebody with limited funds, want to spend my money on something that’s a better value and therefore a better product?”

2. Some Addicts Don’t Know They Are Using Fentanyl: In her study, “Heroin Uncertainties: Exploring Users’ Perceptions Of Fentanyl-Adulterated And-Substituted ‘Heroin’,” Dr. Sarah Mars states, “Fentanyl is rarely sold as Fentanyl. The dealers selling Fentanyl directly to the users often don’t know what’s in it.” Meanwhile police in Gulfport Mississippi issued a warning to the public for counterfeit Oxycodone tablets that look like regular “Oxys”, but were instead Fentanyl and were involved in numerous overdose deaths. A subsequent DEA Lab analysis revealed that the pills contained no Oxycodone at all. The musician Prince died from an overdosed of what he thought was Vicodin, but was actually a counterfeit laced with Fentanyl. “In all likelihood, Prince had no idea he was taking a counterfeit pill that could kill him,” said Prosecution Attorney Mark Metzat at a news conference detailing Prince’s death. Many addicts considerably less famous than Prince are just as unaware that they are using Fentanyl.

3. It’s Cheaper To Make Than Heroin: Fentanyl is easily and quickly made in a lab. Comparatively, Heroin is produced by first growing opium poppies—which takes a minimum of 4 months to grow to maturity—and then converting the resin from the plants—through a complex and time consuming process—into Heroin. As Fentanyl is way more potent then Heroin the profit margin for drug traffickers is considerably more. According to a U.S. Law Enforcement Task Force known as the Fentanyl Working Group, the cost to produce one kilogram of Fentanyl is $32,000 with a street value of $20 million. The Fentanyl Working Group believes that the majority of the world’s supply of illicit Fentanyl comes from labs in China. It’s then shipped to the United States through Latin America where drug traffickers use it to cut their heroin, which further boosts their profits.

4. A Reaction To The Current Restriction Of Prescription Pain Medication: The Opioid epidemic began in the 1990s when pharmaceutical corporations, using falsified test results, assured the medical community that certain prescription pain medications were non-addictive. Believing the test results presented by these pharmaceutical companies, doctors began prescribing painkillers in record numbers. Segue to twenty years later, doctors were writing more than 238 million prescriptions for pain meds every year. The use of opioids has spread across every demographic in the United States and a third of the adult population were using prescription pain relievers. Not so unpredictably the number of cases regarding addiction, overdoses, and deaths were also increasing and the Department of Justice began to take notice. Eventually, the Feds charged many pharmaceutical companies with misleading the medical community in regards to the drug’s potential for abuse and major restrictions were placed on all opiate prescriptions. The people addicted to these prescription drugs were now told that they could no longer be prescribed pain meds. According to the American Society of Addiction Medicine, four in five new heroin users started out by misusing the previously mention prescription painkillers, and now 94 percent of those addicts switched to illicit street drugs because they could no longer get the pain medications they were originally prescribed. Now with Fentanyl use on the rise, these addicts are right in the cross hairs for potential overdoses.

This continued rise in Fentanyl abuse is due to its easy access and abundant availability. Public health officials, law enforcement, and emergency personnel struggle to respond as this crisis continues to expand. In his study “The Future of Fentanyl and Other Synthetic Opioids,” researcher Bryce Pardo suggests that the opioid epidemic could still get worse if Fentanyl use becomes more widespread, “One of the most important and depressing insights in this analysis is that however bad the synthetic opioid problem is now, it is likely to get worse before it gets better.” According to Tim Pifer, the Director of the New Hampshire State Police Forensic Laboratory “You don’t know what you’re taking. You’re injecting yourself with a loaded gun.”