Having A Plan Of Recovery 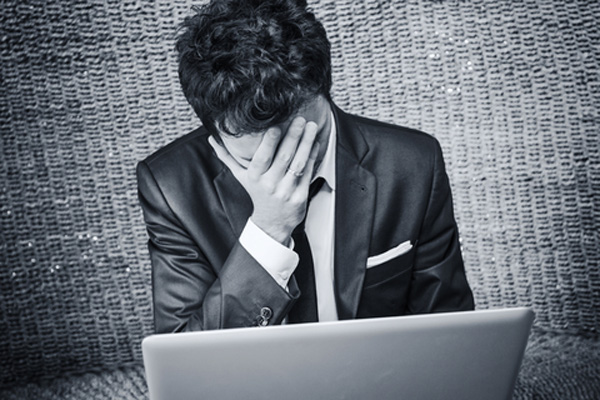 Recently I found myself backstage at a show. I’m not really into shows anymore, especially not large ones. I used to work in the music industry and I have attended more than my fair share of loud rock and roll concerts. But last week when my friend invited me and I tried to make an excuse not to attend, she countered with, “come on, it’ll be fun.” And even though I knew that it wasn’t going to be fun, I somehow let her talk me into it. It’s not just that I don’t really go see live music anymore, it’s also that I’m not the social type. I don’t really enjoy standing around making small talk in a room full of people. And yes, my friend is here, and so are her friends, and friends of friends, but it still feels awkward. And now here I am stuck in the corner a of a crowded dressing-room, surrounded by people drinking a ton of alcohol, as some wannabe Hollywood scriptwriter that I have just been introduced to, yammers away about herself. Feeling trapped and disingenuous I try to nod my head in response at the appropriate moments, yet all the while wishing I were anywhere else but here.

These types of situations are why alcohol was invented. And years ago if I was stuck at such an event I would have headed straight to the booze and after a few quick shots, none of this would have mattered. Only I no longer have that card to play. I used up my “getting loaded” allotment a long time ago. Besides alcohol just wasn’t doing it for me, I needed something much stronger. I needed to feel the warm rush of heroin, and only then was I comfortable enough to deal with life and all the people in it. Yet, the same old story prevailed, my addiction took over and what had once helped me cope was now ruling me. I went from being a musician/artist to junkie/criminal, and then my addict career abruptly ended when I was arrested and incarcerated.

I make some lame excuse to free myself from being corralled by the wannabe scriptwriter and slowly back away. But when I turn around I’m face to face with a table full of junk food. Band riders always call for snacks, and this one is no exception. There are bowls of chips, cold cuts, pizza and the customary cookies and candy. And herein lies my other addictive behavior—eating. Years before I ever discovered drugs or alcohol I learned to abuse food as a way to suppress my feelings. My parents were more involved in their lives than they were in mine and I was left alone a lot. This led to many hours spent in front of the TV while shoving copious amounts of food into my mouth in an early attempt to lessen the pain of abandonment. Yet something about overeating triggered a self-loathing that was years ahead of my then adolescent self, and I soon found myself purging the junk food I was eating. This led to a learned behavior that I didn’t even realize others suffered from. It was something that I thought I had invented. Only my binge eating and purging faded away when I found that drugs and alcohol worked a lot better. Yet now here I was an adult in his fifties with fourteen years clean off drugs and suddenly I’m dealing with bulimia all over again.

It was quite a shock when my “dormant” eating disorder returned. I had switched careers and moved to a different city with the idea of reinventing myself. Although I had no connections and little in the way of support, I had high hopes and many expectations that I would be able to piece it all together. Luckily things did come together, but not without a lot of stress. Plus I was attempting to achieve greater goals in my life than I had ever tried before. And with this all came an anxiety that I was ill prepared for. I experienced panic attacks for the first time in my life, and then, seeking that old familiar solace, I started abusing food. Segue to four years later and I was purging on a daily basis, only with years of recovery from drugs and alcohol under my belt I figured I should be more evolved than that, which led to even more guilt and shame, and instead of seeking help I pretended it just wasn’t there. But my teeth and gums were suffering, I was not losing weight, I was gaining, I was getting more and more depressed and I constantly felt that I was living a lie.

Eventually I was so stressed out that I told my Narcotics Anonymous sponsor. He has worked with me for years and even though this wasn’t about drugs, it was about my addictive behaviors. Surprisingly, well at least to me it was, my sponsor totally understood, in fact he himself has issues around overeating. Yet when he pointed out that the first step of NA states: “We admitted that we were powerless over our addiction; that our lives had become unmanageable.” I realized just how powerless and unmanageable my life had once again become. But this also gave me hope. I have fourteen years clean off drugs and alcohol and I have kept clean by attending meetings, working the 12 steps, and maintaining a rigorous involvement in the program. My situation had originally seemed so hopeless, yet here I was years later still off drugs. I could do this with my eating disorder.

A week ago I went to an Overeaters Anonymous meeting. It had been years since I’d attended one, and unlike that first time when I was new to the idea of recovery, and not quite able to grasp the concept that it could also help me with my bulimia, this time I felt totally at home. Instead of just being a silent observer I introduced myself and shared my struggle. I was given a newcomer packet and phone numbers. And I walked out of there with a renewed sense of hope. I have yet to implement an OA plan of recovery, but I am taking it one day at a time, and feel like I am finally in the solution.

I survey the food table and spot a platter of crudités, arranged around a bowl of gloppy blue cheese dip. I fill a small plate with broccoli florets, celery stalks, and baby carrots and slowly start eating them. Having something healthy to munch on takes my mind off the junk food, which lessens the cravings, and I am able to not indulge in any of the other snacks that I know will trigger another episode of purging. A quick glance across the room and I see that the wannabe scriptwriter has captured another victim, and the crowd by the liquor has grown considerably. The show is now over and the backstage area has become incredibly even more crowded. I casually make my way towards the exit and walk outside. The cool air hits me and I toss the empty paper plate into the trashcan. I have another day of not eating badly or purging, and I know I can do this.

Originally published in Make Peace With Food 9th May 2015