Learning To Love Myself 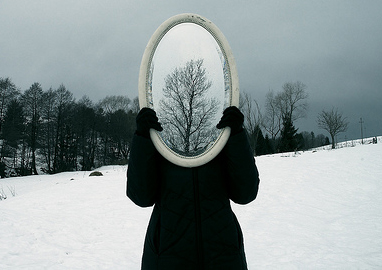 It was at one of my first NA meetings, when I was newly clean off drugs, feeling really awkward, and all I wanted to do was use. I had just walked down the wheelchair ramp into the large basement meeting room of the church and, recognizing no one, immediately wandered over to the table with the coffee and cookies. There was a large woman setting up the paper cups, stir sticks, little packs of sugar, and that horrible powdered nondairy creamer. I went to grab a cup but before I could, the large woman handed me one.

“Thanks,” I mumbled as I filled the cup with steaming hot coffee from the metal urn. “Um, yeah, I’m new.”

“Welcome,” said Melanie. “You never have to use drugs again.”

I wanted to tell Melanie to shut the fuck up. I wanted to scream that I loved using drugs, I just didn’t love going to jail, or getting abscesses on my arms, or being homeless, or the million other consequences from using that I couldn’t think of but had lived through too many times over the years. Yet the best snappy retort I could manage was, “Uh huh. Is that so?”

“I know it’s hard right now,” continued Melanie. “But stick around. We’ll love you until you learn to love yourself.”

Her words were so foreign I couldn’t comprehend them. Learn to love myself, I thought, what the hell does that even mean? All I wanted to do was to be left alone, but at the same time I wanted sympathy and understanding. It was the typical conflicting duality of addiction at work in my brain; I need a hug, but don’t touch me.

Still I couldn’t understand why Melanie, a complete stranger, was being so nice. Plus all my relationships with women had been about sex, not love, and any kind of talk about love, self or otherwise, with a member of the opposite sex was really awkward. Feeling incredibly self-conscious, I avoided her attempts at eye contact, grabbed a handful of cookies and ran away without saying another word.

Over the years I would hear about self-love at meetings and my reaction would always be the same: I can love you, I can love the entire universe, my cats, my girlfriend, my family, even my damn car, but when it comes to loving myself…well, that was a deal breaker.

There was something just too foreign about the concept. Like that astral plane one achieves by mediating in an ashram for 20 years, it felt out of my league. I had no idea how to achieve it, and really I didn’t even want to try.

Back when I was a client in rehab, I was required to attend a few sessions with a therapist and when we stumbled onto my lack of self love, she insisted that every morning I do positive affirmations where I was to look in the mirror and tell myself what a great person I was and that I deserved love. The one time I tried it, I balked. It felt so disingenuous that I couldn’t do it. My usual morning mantra consisted of a much different sentiment: “You’re fat, you’re stupid, you’re ugly and nobody loves you.” There was no room in that crowded stanza of negativity for loving myself, so I just gave up and never really dealt with it again.

Yet today, a decade-and-a-half later, I was at a meeting and this scrawny girl who said she was detoxing from Suboxone was reading from Just For Today and there it was again: “We’ll love you until you can learn to love yourself.” Just hearing those words “love yourself” gave me great pause, and after I stopping judging the scrawny girl for not getting herself addicted to a real drug, I thought about what that concept means to me now. Even though listening to it being read out loud is still uncomfortable, it is no longer as confusing or just an ethereal goal that I will possibly obtain at some point in the distant future.

These days, through the principles of recovery, whether I’m conscious of it or not, I actually practice self-love. On a physical level, I take care of my body. I see my doctors and dentist on a regular basis. I work out at a gym and run or ride a bike daily. Twelve years ago, I stopped smoking and became a vegetarian. A few years later I started meditating, and recently I have begun the hard work of addressing my eating disorder and unhealthy obsessions with food.

On a mental level it goes much deeper. When before I was in too much fear to make any internal changes, dismissing them as being wussy or stupid, somewhere in all the step work and meetings, I began to grasp the concepts that made no sense at the time. Practicing small principles such as maintaining boundaries, being of service to others and giving from a place of caring and not ego built up my self-esteem, even when I didn’t realize it. After a while it all became second nature and while I no longer think of myself first and act accordingly, I do take care to not cause more turmoil by grabbing for those meaningless moments of immediate-gratification that two minutes later I’ll be regretting.

Those principals of recovery might seem like small things, but actually they’re huge and it’s what keeps me clean. Of course, I still need to work on my adverse knee-jerk reaction to hearing the words “self love.” When that scrawny girl at the meeting said those two words I actually shuddered, and I know that’s because deep down inside I still do not feel I am worthy. Maybe it’s the negative body image and personal baggage from my eating disorder, or perhaps I’m just not capable of saying that I love myself out loud. But, like taking care of my health and maintaining my self-esteem, I’m working on it.


Originally published as “How Does a 50-Something Rocker Guy Learn to Love Himself?” by AfterPartyMagazine March 25, 2016