Scoring A Free High In Sobriety 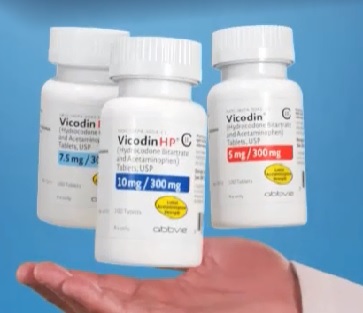 There’s a pain in my left knee that just won’t quit. I can barely stand up, and when I do I can’t really walk. Even so I’m still wondering if I should maybe see a doctor—hoping instead that it will heal itself and go away. When I realize I can’t even make it down the street to the coffee shop for my morning latte, I reluctantly consent to the idea. I may even have to order an Uber, as driving won’t be feasible either. This is pretty much how bad it has to be before I’ll actually go see a doctor. I’m not really sure why that is; I have health insurance, I’m not afraid of doctors or hospitals—in fact, in my addiction I spent plenty of time in and out of ER’s for OD’s and various drug related complications, so it is not unfamiliar ground.

But these days I consider myself somewhat a healthy person. I eat right and exercise daily, usually running about four miles every other day, with workouts at the gym in between. Only after last night’s run, I tried to do my usual routine of stretching to relieve the kinks and something tweaked in my knee and this morning it’s twice its normal size.

Luckily my HMO has an urgent care unit that I can just walk into—okay, maybe more like hobble into—and when I get there I tell the triage nurse my knee really hurts and she says the doctor will see me right away. Twenty minutes later, I’m in the examination room and a young doctor who looks to be about 12 years old is busy twisting my leg asking if it hurts when he does this.

“Yeah, that hurts,” I tell him. And then he tries another angle just to be sure. “Ouch!”

Turns out I’ve damaged a knee ligament and I have to stay off it for four weeks and then do physical therapy for up to six months or more. This is not good. I run not only for exercise, but also for the endorphins to combat depression, and to keep the weight off in order to help address my eating disorder and body dysmorphia.

“You’re going to be very sore,” says the doctor. “I’m prescribing Ibuprofen as an anti-inflammatory and Vicodin for the pain.”

Now I’ve been at the same HMO for the last 13 years, and I have been in recovery for over 14. Written all over my chart is the fact that I am a recovering drug addict and do not take narcotics. This is a personal choice that I have made and over the years I have had to deal with it for various ailments and mental health issues. But usually it is a no brainer—my hangnail does not warrant morphine—and the only time I had to make a hard decision was a few years ago when I was having panic attacks and my primary doctor prescribed a low dose of a drug similar to Valium called Lorazepam to get me through the first couple of days until they subsided. I was so stressed out I would’ve taken anything if I thought it would make the attacks stop, but using a mood altering drug wasn’t an easy or comfortable decision to make. And then there was that colonoscopy that I could do drug free or get knocked out (I took door number two for the unconscious rear-end invasion, thank you very much).

Only the hard truth is that both times I have had really visceral reactions to the drugs, especially coming off them. It is like the demon has been awakened. With the Lorazepam, I found myself anxiously waiting for the prescribed time to take them, counting the minutes, actually the seconds, practically salivating with anticipation, until I had to throw them away—it was just that unhealthy. And then for the colonoscopy, they pumped me full of Michael Jackson’s favorite knock out drug Propofol, and as if that wasn’t enough, when they snipped a possible “cancerous polyp” out of my intestine they gave me an added shot of Demerol in case I was in any “pain” later on. When I came to in the recovery room, I was totally loaded. And when a friend drove me home, she asked if I was okay, and I lied and said yes. But after she left and I was alone, I started climbing the walls with a sense that something was missing in my life and then realized the drugs were wearing off and I was jonesing.

He looks at me strangely and says, “This is very painful. You are going to need this medication. I’ll call in your prescriptions to the pharmacy.”

His reaction actually reminds me of when I tell people I’m vegetarian and they ask, “So, you eat fish, right?” No, that would be a pescatarian. “Okay, how about chicken?” Um, last I checked, chicken was not a vegetable. Thankfully I rarely get a similar reaction when I say I don’t do drugs—no one says, “Oh, but you snort speed, right?” Because it is pretty much universally understood that when you are drug free, you don’t do drugs. I am not really sure why this doctor appears not to understand the concept of addiction or recovery—it’s not like this is new.

Twenty years ago if I were in a doctor’s office, they would not have left me alone, because they would have feared I would riffle through their cabinets in search of drugs since as soon as they turned their backs, that’s what I did. If I got hurt, the last thing any medical staff did was prescribe me any form of narcotics. I had that look—a junkie in need of drugs—and it was mutually agreed upon that they were not supplying. But these days I no longer exude that desperate addict aura, and I am amazed at how readily available doctors make Schedule II controlled substances. Even when I clearly state that taking them will put me in harms way.

But over the years I have seen too many folks at meetings return as newcomers because they didn’t take precaution around prescription drugs. People think that if a doctor prescribes it, we can’t have problems with it. Even though it’s still an opiate and I’m still a junkie, what could possibly go wrong, right?

I hand my ID and membership card to the pharmacist. Tell her my doctor has called in a prescription for Ibuprofen.