The Anatomy Of A Food Relapse 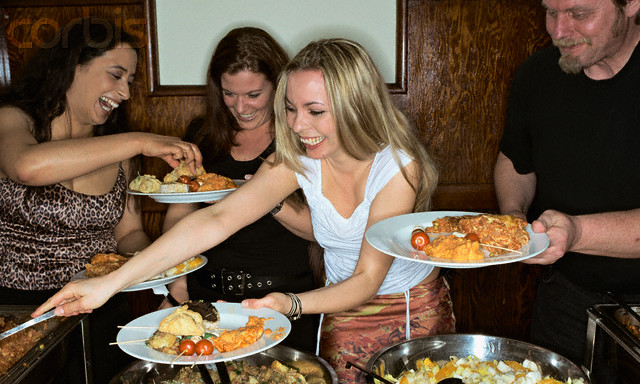 I thought I’d finally gotten my shit together when admitting nine months ago I had an eating disorder. Divulging this long kept secret, and quite publicly, was incredibly freeing. Thankfully I was not completely shunned or ridiculed as my fears had led me to believe I would be. Instead I received a ton of support and realized I was not the only man on the planet that was dealing with bulimia.

Yet the even more positive spin on this confession was that it also made me really address my eating disorder for the first time. Since I’ve been in recovery for the last 14 years for drug addiction, I’ve learned that it is not enough to just say I have a problem. I have to want to make the change and then really put in the effort. So I talked about it with my sponsor (and even at some meetings) until it was no longer my guilty secret. I then upped my exercise regime, fine-tuned my diet and kept writing about it. And before I knew it, I was feeling really good about myself. I hadn’t thrown up in six months, the exercise was helping with the body dysmorphia and I’d lost weight.

And Then Came the Holidays…

I usually don’t indulge in seasonal festivities and holiday parties. I’m not really a social person. I dread small talk, and if I can, I’ll do anything to avoid having to deal with strangers asking me what I do for a living. But a close friend was having a get-together and he and his family had invited me and I just didn’t want to say no. I actually like these people and was honored to know they would want me in their home to celebrate.

But the afternoon before the party I was totally stressing. There was going to be a ton of food there and I’d been doing so well keeping to my program that I didn’t want to screw it up. Some people I know with eating issues have no problem taking a “break” and can indulge in foods they normally avoid without serious consequences. Personally, if I do that, I struggle with cravings, and I feel that I’m back at square one.

But what was I going to do? I could either abstain completely and be that weird person that doesn’t eat or I could try to eat in moderation. I didn’t want to be that weird person. Hell, I’d been doing really well lately—maybe this time it would be different? I seemed to have a handle on this bulimia, I thought, so how hard could it be?

The party was at a downtown loft. I walked in and it was full of people I didn’t know. Off in the corner was a bar, which oddly never bothers me (maybe if it were a full-serve heroin buffet I’d have a problem).

I stashed my coat in the guest room then walked into the dining area and was floored. There was so much food it scared me. Three long buffet tables set up with hors d’oeuvres. The theme seemed to be bad retro ‘60’s fare. There were pigs in a blanket, nut-encrusted cheese logs, deviled eggs, cold cuts, macaroni salad, chicken wings and Swedish meatballs. Thank God I’m a vegetarian, I thought. Thank God I’m gluten free. Thank God I’m Paleo and…

There was no hesitation. I grabbed a plate. I filled it up. I didn’t break the meat barrier, but gorged on gluten-infused wheat, fat-laden dairy and anything else that didn’t originally have a face. I think I hit the buffet three times. I didn’t talk to anyone until I’d wolfed down the first plate. Then I slowed up and pretended to socialize, but the whole time I was eyeing the food and craving more.

At some point I walked out onto the balcony and stared at the skyline. I felt like I was on a bender. I was sweaty. I was nauseous. I wanted to throw up. I wanted to eat more. I was fucking out of control, and I knew it.

Gripping the railing I felt the cool night air blow against my face and I made the decision that I needed to leave. I was going to go back inside, thank my friends and get the hell out of there.

I opened the sliding glass door and was greeted by a new table filled with desserts. There were pies, cakes, cookies, puddings and ice cream. I should have just kept walking and grabbed my coat. But I didn’t.

In the car on my way home, I was feeling sick. My belt was tight and I felt bloated and grossly fat. I had overeaten. I had fucked my program. I had failed. At a red light I almost pulled over to throw up. But somehow I made it home and then I was in the bathroom puking my guts out. Only I didn’t want to do it. The fear of craving food was now replaced with the fear of returning to bulimic purging. And right in mid-puke I forced myself to stop. Instead I walked into the kitchen and grabbed a bottle of water and downed it. Then I threw on a pair of sweats, a hoodie and some running shoes.

A half a mile into the run, I felt better. At two miles I had stomach cramps but kept running. At three miles I stopped beating myself up. At four miles I was two blocks from my apartment and the endorphins had totally kicked in. I was back on track.

I might have blown the last six months of abstaining from unhealthy eating behaviors, but I didn’t have to keep doing it. I was in the solution and that solution didn’t include doing what I’d usually do, which would’ve been to engage in a lot of self-loathing and then lapse into a depression. I had successfully walked away from the purging and the running had pulled me out of it even more. Drinking the water had flushed my system. The endorphins had addressed my depression. For the first time I was totally reactive and looking at my relapse as what it was: a relapse. And the solution to it was really simple. It was honestly admitting that I have a problem: “My name is Patrick, and I have an eating disorder,” and then having a plan of action.