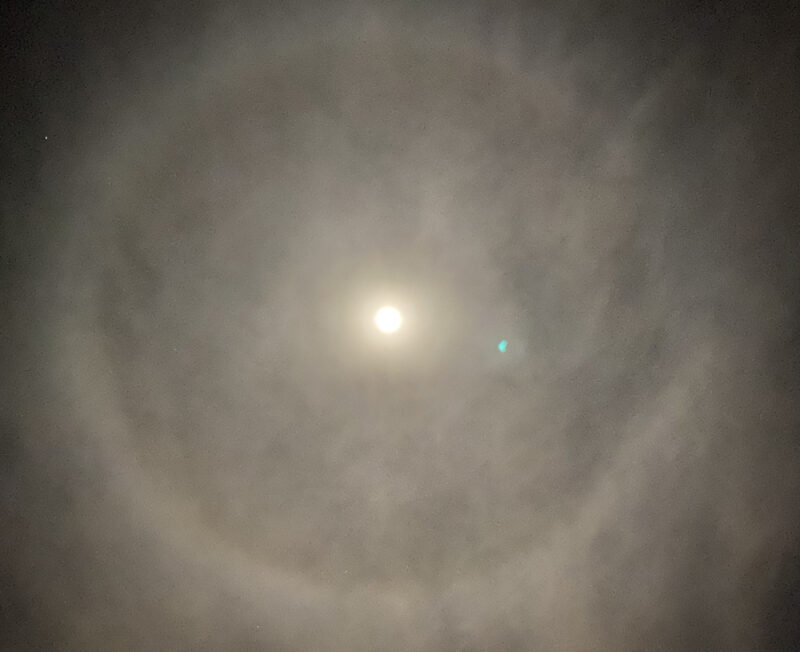 Its 3am. I’ve been awake for hours. Watching TV and chewing melatonin like breath mints. Outside the full moon is in a penumbral eclipse, casting its lunar spells and turning tides away. In the distance a train blasts its horn. I imagine a locomotive pulling a hundred cars chugging away on the desolate tracks by the Los Angeles River. I’d like to be on that train. Instead of in a sweat soaked bed. My blankets are either too heavy, or I’m clutching them shivering cold. I am so fucking tired and uncomfortable. But my obsessive thoughts have me a wide-eyed-awake.

I’m worried how this is all going to end. I’m stressed that my money is dwindling as less and less comes in. I don’t see an immediate solution. I live in a city where the common sense of wearing a mask is just another politicized piece of disinformation. I’m going to be pissed if some self-centered total stranger gives me this shit. But then I’ll probably be dead. My lungs are already a disaster. I’m a demographic that’s in the danger zone. The dangling carrot of a supposed vaccination is still too far away, besides every cop, politician, and a host of unnamed and undeserving assholes will be first in line. Every day the news broadcast another angry horde of über white fools with guns, parading their hate across the TV screen, screaming it’s all a hoax. Then they segue to a full emergency room, a reporter getting sucker-punch, another treasonous bastard pardoned, and yes, more cops killing an unarmed black man in a very long line of unarmed black men getting shot. And what the fuck is up with that teenage murderer getting released in collusion with the Milwaukee police and rightwing celebrity assholes? Since when did patriotism get aligned with rednecks imitating ISIS—propaganda flags fluttering in the wake of pickup truck exhaust fumes. I’m the one that’s fucking exhausted. Maybe I need an AR15?

Usually by 2am I’m at least somewhat tired and mercifully pass out. But tonight I can’t shake the dread I’ll soon be homeless and destitute. The pandemic ravaged Italy and China. While America acted like that shit couldn’t happen here. Then covid moved in and California went into the first shelter at home directive. A lot of people lost jobs. Another shit-ton filed for unemployment. Even more businesses closed. Mine claimed that we were essential workers. We don’t care. We’re staying open. Not wanting to contract covid-19 I politely declined to work in person. My hours were cut to nothing. My new paycheck barely covering rent. In an effort to not lose my job entirely I agreed to work via video-conference from the office instead of home. Every time I go in I put my life in danger. But it’s not like I have a lot of alternatives here. And yeah, I’m grateful I even have a job and I’m still alive. Over five thousand people a day in Los Angeles are contracting covid. Another thirty died in the last 24 hours. Yet I can’t help but be resentful, disenfranchised, and besieged with impending dread. I don’t understand how the world has gotten so insane and hateful.

I rub my eyes and then look up at the TV. Fuck, another whack-job press conference with the soon to be ex-president’s hideous face on the screen. I got the sound turned off, but his lips are moving, which means he’s lying. So meth-ed out his eyes are cold dead points of inhumanity. I switch the remote to another “alternative to cable” pay-per view channel and remember I still haven’t paid that bill either. Maybe tomorrow I’ll be staring at a dark screen. And then what? I’d have to actually interact with those mask challenged assholes that represent my neighborhood? You got something to say? Back off and zoom me, motherfucker.

Everyone just wants it all to be normal again and we’re never going to be normal again. Friends call but I don’t feel like talking. I just can’t commiserate on our mutual isolation. When asked what I’ve been doing the silence from my lack of response hurts. The quiet of my apartment seems the only safe environment. I’m still writing every day. But I can’t seem to get a publisher to even read my last two manuscripts. Has the industry stopped putting out books, or am I just that forgotten? Well, I did get a rejection yesterday. My publisher declined my memoir and took a pass. How do you not take that shit personally? Damn, I’m sounding like a whiny little bitch.

I’m steps away from calling it quits, pulling up stakes, and moving into a cardboard box beneath the freeway underpass. Maybe Kaczynski had the right idea? Not the mailing innocent folks letter-bombs part. Hell I’m not that insane or enraged. But the stanky one room cabin in the woods is sounding awfully good. Although what the hell a gluten free vegan like myself would eat “off the land” in the middle of winter is beyond me. Mmmm, snow. It’s what’s for dinner. Again.

I had this naïve hope that voting out that national disgrace would somehow immediately fix something. But nothing has changed. 73,923,470 people voted for that piece of shit and every one was a vote in support of racism. I mean you can’t candycoat this. You can’t pick and choose parts of the Trump agenda and turn a blind eye to the rest. I was reading an interview a few months back and this brilliant woman said America was on the brink of a civil war and I thought, really? Now how sadly privileged was my response? Given the opportunity half of America would kill me, while the other half would talk me to death. I ain’t turning the other cheek. It’s not like you can work with these people. That boat sailed. Yet here we are hearing the same bipartisan bullshit like the rules haven’t changed.

I recently subscribed to a live streaming channel to get even more post-election news because… I don’t fucking know why. But I hadn’t watched commercials in a million years and was deeply disturbed that practically every goddamn one was big pharma touting another medication you just have to have: antipsychotics, “pain relievers,” anti-depressants, diabetes meds, asthma inhalers, pills for copd, and of course Trump’s favorite… adult diapers. As a nation we’re slowly decaying, falling apart, and dying. Even before covid came to visit we were sick-as-shit. But now we’re totally fucked and one half of us doesn’t know it yet. I’ll let you guess which half that is.

There are 17,985 police agencies with over 800,000 armed cops throughout America and a large majority of them voted for Trump. Where I live the police do not wear masks. It’s pretty obvious where their allegiance lies. Meanwhile another “stay at home” order was announced starting today. People are being advised to stay home “as much as possible” and if they do go out to wear a mask… good luck on that one when the people supposedly empowered to enforcing the law won’t even comply. Is it wrong that I hope they all contract covid and die? Maybe we are truly experiencing Darwin’s survival of the fittest? There are after all too many people on this planet. If you think your rights are being violated because you’ve been asked to wear a mask for the greater good. Please by all means breathe deep when you’re in a crowd, don’t wash your hands, lick a doorknob, hug a fascist, and most definitely rush to the airport and fly home to visit your ailing parents. You are the gift that keeps on giving. And because of you we’ll be on lockdown forever.

The light of the full moon pours in through my parted curtains. Eclipses are powerful juju, or so I’ve been told. They symbolize endings, new beginnings, and shit that’s ben hidden in plain sight suddenly being revealed. I’m hoping all of this is true. But I can’t help but think I’m truly fucked.