Just in time for the holidays… 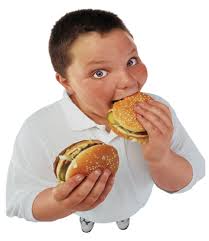 Writing my first essay about bulimia wasn’t easy—not because I was new to writing about recovery but because I was new to publicly confessing to a secret I’ve kept for most of my life. Oddly it’s been tougher to deal with than my addiction to heroin. Which is saying a lot, as kicking dope and then staying clean has been one of the hardest things I’ve ever done. And the reality is that without the support of my fellowship I wouldn’t have made it.

For the past 13 years I’ve attended meetings, held commitments, supported my fellow addicts and even sponsored a few. It’s always been a safe environment to talk about whatever I’m going through, and sharing at a group level usually results in other addicts confiding in me about their experiences of how they’ve learned to cope. So I was surprised recently when this tattooed and pierced ex-tweaker I barely knew came up to me at a meeting and said, “Hey fat boy! What you gonna write about next, getting your period?”

I’m almost ashamed to say that his words hurt. Amazingly I didn’t react by throwing a punch or kicking the shit out of him; that’s what my old self would’ve done. Honestly, I was kind of impressed that this person could actually read. But over the years I’ve learned to be a little more understanding of those around me. Some of us are just sicker than others. While I find it depressing that the majority of people still think anorexia and bulimia affect only women, wholly dismissing the men that suffer from the same disorder, it is this exact same thinking that has kept me quiet for many years. I was afraid I’d get this type of reaction. Afraid my masculinity would be questioned and that I wouldn’t measure up to what society’s ideal of being a man meant—even though it’s an ideal I don’t even buy into. And really, what the hell do I care what some judgmental ex-drug addict thinks? Only apparently I do care. I worry that his opinion somehow reconfirms what I already think of myself—that I’m fat and because of that, nobody loves me.

Never mind that a stranger emailed to say how brave she thought I was for writing that essay. Or that after I linked it to my Facebook page, I received numerous positive messages—one from a former actress that made a point of telling me of her son’s plight and eventual enrollment in treatment and some even from other men that said they too were dealing with their own bulimic/anorexic issues. All of them were very supportive and just hearing their words gave me hope. Yet all it takes in one macho yahoo to send me back into wishing I’d kept my mouth shut.

Only I just can’t do that anymore. Now that I’m in my 50s and still dealing with bulimia, it’s become painfully obvious that keeping it a secret and not talking about it isn’t working. I’ve learned about the relief that comes from working the steps for my drug addiction—from admitting to myself and another human being the exact nature of all my wrongs in order to rid myself of the secrets that were keeping me sick. Now I have to do the same thing with my bulimia.

Part of the reason I wrote about my eating disorder in the first place was to put it out there and confront my fear of how I thought people would react if they found out. Because really, that’s a huge part of it: what I think people think of me and how I believe they see me. When I’m in my worst mental state, I’m constantly visualizing how I look to others and wondering if they see me as fat and unattractive—the way I do. Unfortunately no matter how I actually look—even if I were to suddenly drop 20 pounds—I still feel grossly overweight. And one of the main reasons for this is that at the end of my career as a drug addict, I weighed 125 pounds. To everyone else I looked emaciated. To me, I looked good, and now and forever that is the standard I hold myself to, despite the fact that when I was standing on that scale getting weighed, I was being processed into county jail and my life was about as destroyed as it could get.

Logically I know that this is irrational, but logic doesn’t enter the argument here. In fact the argument is rather simple: I’m fat. That’s it. End of story. Doesn’t matter what “evidence” there is to the contrary. When I’m at the doctor’s office and the nurse weighs me, I won’t look at the scale. That height-to-weight ratio chart on the wall always scares the shit out of me, since I’m worried that I’ll forever be in that precariously ambiguous gray middle ground between the normal weight column and the grossly obese “stop eating Cinnabons you fat cow” column. And usually after a weigh-in like that, I go off into a strangely anorexic-like controlled eating phase where I consume a carrot a day.

Yet right before I wrote that first essay, I’d been totally out of control and engaging in some really unhealthy behaviors. Gradually I’d been eating junk food with the excuse that it was just a bag of chips, what could it hurt? But it was a bag of chips every day, and then it was also some cookies, then a candy bar, an ice cream—eating more and more as I had crossed that line until it was okay to eat whatever shitty crap I felt that I deserved.

And much like it is with drug abuse, one is never enough. When I tried to stop, I’d have to fight the urge to not eat badly. Failing miserably, I’d succumb to whatever crappy food I was craving, and then, feeling guilty that I ate it, puke it up. Not only was I gaining weight and feeling shame about my behavior, but after years of this, it was also taking a toll on my health. How unattractive is it that my teeth have turned grey from continually being doused with stomach acid? And my throat is so damaged that I have to take acid-reflux medications or experience heartburn so painful it can almost feel like a heart attack. Oddly, my stomach muscles are incredibly strong—not flat-washboard-abs-from-crunches strong but strong from forcing food up and out my throat. Though none of it kept me skinny, I kept at it on a nightly basis. Still, the worst part is how it makes me feel mentally. When I’m doing it, I’m so ashamed and depressed.

Yet when I finally got up the courage to write that essay I came to realize that I was definitely in the problem, not the solution. So I called my sponsor and talked with him about it. Then I reevaluated my commitment to healthy eating habits and returned to a diet that worked. I got back into an exercise regime; I added working out at the gym every other day to my regular running regime. Gradually I pulled myself out of it. But then someone I didn’t even really know came up with a negative comment that hurt, and I just wanted to give up.

Still, I realize now that this is my eating disorder talking to me. Keeping it a secret doesn’t work so instead I’m continuing to put it out there for all to see as I keep doing what I’m doing. No matter what I feel in the given moment, what people say ultimately doesn’t matter; facing this and being honest about it is the only thing I know that works.


Originally published as “I’m That Rocker Dude in His 50s That Wrote About Having An Eating Disorder” by
AfterPartyMagazine June 25, 2014