Antonia Crane invited me to participate in the Writing Process Blog Tour. Antonia and I have known each other since 2006, when we met in Grad School at Antioch University Los Angeles. In all probability we were drawn to one another because of our subject matter. We both tend to chronicle the darker, less mainstream aspects of humanity. Her memoir SPENT is out on Barnacle Books. She’s EVERYWHERE on the Internet. You can find Antonia’s WPBT post on her blog RANTS. Thanks, Antonia! 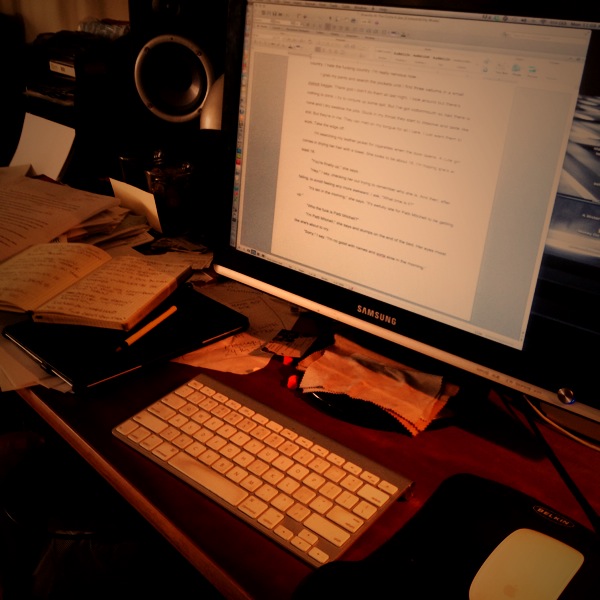 WHAT ARE YOU WORKING ON?

I almost feel lame saying I’m STILL working on my “I was a punk rock roadie/road manager during the ‘80’s” memoir. Well, okay, maybe not almost. I definitely feel lame saying it because I’ve been writing this book for over three years. Meanwhile my contemporaries have published a gazillion books, and I of course compare myself to them. Hell, I compare myself to the barista kid at my local coffee shop—the fucker is now co-owner and drives a 6 series BMW. Although when not writing the memoir I’m not just sitting around staring at the computer screen, I’ve been working on a lot of personal essays—over 25 published in the last two years. I’m also a somewhat regular contributor to After Party Chat a cool recovery website where I have the opportunity to deeply explore some personal subjects. And finally, I’m dabbling in some weird fiction thing, although I have no idea what it is or where it’s going, but I’m having fun with it.

HOW DOES YOUR WORK DIFFER FROM OTHERS OF ITS GENRE?

I’m not looking to write what’s already been written−although I don’t suppose any writer really is, right? I try to approach the subject from a completely new perspective than what I’ve seen other books attempt. With my first memoir GUN, NEEDLE, SPOON I revealed the less glamorous side of bank robbery and heroin addiction (actually I just told the truth). And with this next memoir I’m chronicling my years working tours for bands like Dead Kennedys and Flipper, and rather than write a “tell all” about the band members, I’m writing what it was like from a road crew perspective; which in my case was an out of control drug addict traipsing across America during one of the most exhilarating movements in the history of modern music. I’m trying to capture the essence of touring. There’s a certain freedom crisscrossing the country hell bent on bringing subversive punk rock to the spiky haired, starving for anarchy, suburban minions. There’s a surreal edge to waking up in a strange town every morning with murky memories of what transpired the night before, and then hitting the road to do it all over again. And the surreality gets even stranger when the years start adding up and unexpectedly become the same blur of highway truck stops, sleazy motels, dark bars, and shitty music venues. My life was fueled by an endless parade of too much alcohol, never enough drugs, inconsequential gratuitous sex, incredibly loud music, police riots, and the habitual sense of “I’m invincible, I’ll never die.” Which, even years later, still haunts me.

WHY DO YOU WRITE WHAT YOU DO?

I’m attracted to the darker side of… well, of everything, actually. I find beauty in the dregs of society’s underbelly: the down and out, the inflicted, and the outcasts. And I’m incredibly interested in why people make the decisions that they do, regardless of whatever dire outcomes may prevail. 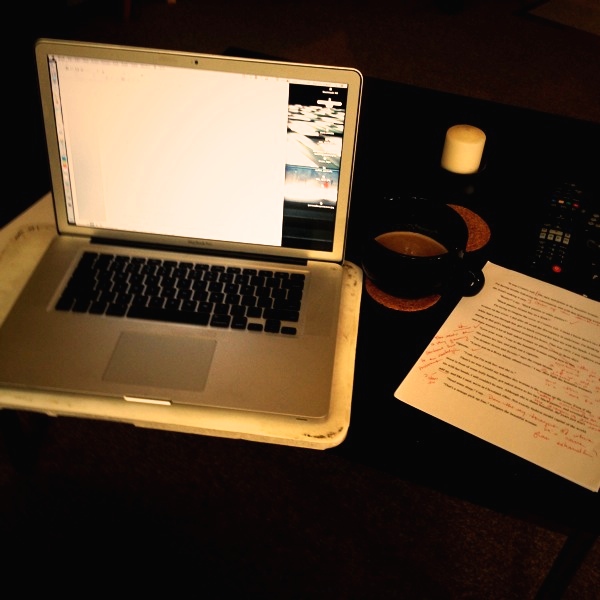 HOW DOES YOUR WRITING PROCESS WORK?

I’m a very diligent writer, setting aside time to write, extracting certain daily word counts, systematically churning out pages. But somewhere in the last few years my process for this book has changed dramatically and I find that I can only work on it in sections. In other words I’ve become a binge writer for this memoir. Yet, like with all my creative projects I’m continually thinking about it, even when I am not actually writing, and it is constantly churning around in my brain. I carry a notebook, just in case an errant memory arises, and I can quickly jot it down before it’s gone. They’re really just quick little notes, or even a drawing I can later use to flesh out the memory. Although there are times I’ll be gathering my notes to write and I’ll look at my notebook and have no idea what all the scribbles mean. My handwriting sucks. There’s probably a whole book worth of these cryptic notes that I’ll never decipher.

As for my actual writing process: I write everything on the computer and type as much as possible, as quickly as I can for a first draft. Although I’m constantly rereading and editing as I write. The next draft I start from the beginning, reading aloud what I’ve written, and do line edits as I go. I read aloud to feel the rhythm, hear the cadence of my sentences. Which makes it a little weird when I’m someplace like an airport waiting for a flight and there I am reading out loud about sticking a needle in my arm, and a grandmother from Council Bluffs, Iowa is sitting next to me—not that that’s ever stopped me or anything. My final working draft I send to my awesome writer friends that are willing to read—their input is incredibly helpful. I’m also part of a writing group with some really talented writers. I’ve been bringing the tour memoir to the group and they have helped immeasurably. I’m hoping to have a final draft of the memoir by 2015.

NEXT UP ON THE WRITING PROCESS BLOG TOUR:

Okay, so now I’m inviting Ashley Perez to the Writing Process Blog Tour. Ashley Perez lives, writes, and causes trouble in Los Angeles. She holds an MFA in Creative Writing from Antioch University Los Angeles. She runs the literary site Arts Collide and does work of all varieties for Bleed at Jaded Ibis Press, The Rumpus, The Weeklings, and MidnightBreakfast. Her most recent work can be found in the anthology “Too Much: Tales of Excess” out now from Unknown Press. Find her on Twitter: @ArtsCollide.