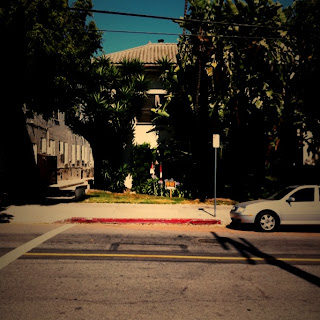 In the city of Los Angeles there’s an apartment on North Gardner Street, just south of Sunset Blvd. In early 1990 my friend Chris lived there with a computer nerd junkie named Chuckles. Chris and I sold heroin out of the apartment. It was the old days – before cell phones. Everything was done through pagers and pay phones. They’d page, we call back, then deliver. However, selling drugs, being the illegal activity that it is, problems arose and there was tension between us. At some point I said fuck it and we parted ways. A few months later Chris was dead. Murdered at a drug deal and if things hadn’t worked out the way they had I would have been with him.

And yeah, that was 20 years ago. Yet, I find myself occasionally still thinking of Chris. He and I were best friends for many years. We worked together, traveled together, and lived together. We chased the same girls. Had the same taste in music, drugs, food, and movies. Lived our lives on the edge, taking all we could, until it ran out, and I miss him.

These days I’m back, living in Hollywood. Less than fifteen blocks from where I lived in 1990. I drive the same streets. Eat at some of the same restaurants. And practically live in the same neighborhood, and the memories and ghosts from the past haunt me. 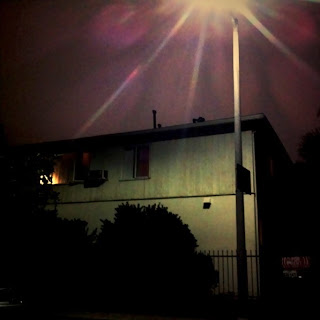 Although, back then Hollywood was a much different place. During the ’80’s, the rich and middle class abandoned America’s cities, and Hollywood was no different. The once thriving “Entertainment Capital of the World” had turned into a cesspool of depravity. An army of hookers, junkies, speed-freaks, and teenage hustlers occupied the streets. The hotels and apartment buildings, once famous for housing actors and models, had turned to shooting galleries and tweeker pads. The neighborhood I now live in was so fucked up with dope-fiends sleeping in abandoned cars, and transvestite hookers plying the sidewalks, that when I drove through I’d wonder who the hell would actually live here.

All my friends then were speed-freaks and junkies. We lived marginally outside the law. Not crazed career criminals, but petty thieves, and low level drug dealers – anything to pay for our habits – we were all on the road to ruin, although at the time you couldn’t tell us that. I remember people saying, “The way you’re going, you’re bound for prison, or death.” And I’d tell them they were crazy. Not me. I had a handle on it. I was going to do it different.

I have no idea what happened to most of the people I hung out with then. I’m only too sure they’re either dead or in prison. It took me another ten years, but I finally made it – prison obviously, not death. And yet, every once in a while I recall a certain event, or a person I thought a friend, and wonder whatever happened to them. Then the memory fades, and life goes on.

The other day it was really hot, and that evening, after sunset, I went out for a walk, because the temperature cools a few degrees when the sun isn’t beating down. I headed south, past Santa Monica Blvd. into a neighborhood of single-family homes and manicured lawns. And like in most of Los Angeles, there were no other pedestrians out on the sidewalk. Before I knew it I was in my old neighborhood and walking by the bungalow my girlfriend Sara and I shared. 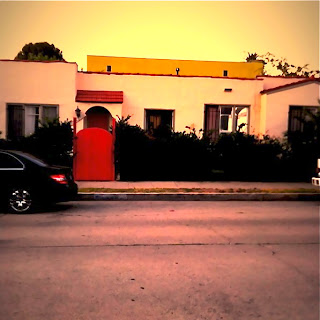 Yet it was decidedly different looking. The building freshly painted, and there was a nice hedge with a gate out front – when before there was a short expanse of dead lawn. The neighbor no longer had a car up on blocks in their driveway, and everything was in nicer shape all up and down the street.

I stood out front on the sidewalk and tried to remember living there. I could see the hardwood floors, and one bedroom layout in my mind. And then the memories flooded in: middle of the night paranoia, tweeked out of my mind on speed because I was trying to get off heroin, peering through the blinds, jumping at any noise outside. Knowing the cops were coming, but they never did. Telling Sara to shut up, turning off the TV. Doing more drugs, going insane. 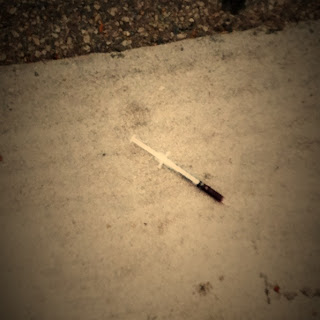 Obviously, for some things, twenty years changes them. Others stay the same. Most people can’t keep doing whatever substance it is they want to abuse their entire lives. The human body can’t maintain. The brain fades, the organs give up, and it all comes to a screeching halt. Thankfully I stopped before that became an issue. But back in 1990 that was the life style. It’s what we did, and seemed normal. I don’t think I really knew anybody that wasn’t getting loaded. And if I did, I sure as hell wasn’t hanging out with them.

Another close friend at the time was Sheri. She lived over in West Hollywood, across the street from Barney’s Beanery, in an apartment with her newborn baby and a husband that would later hang himself. 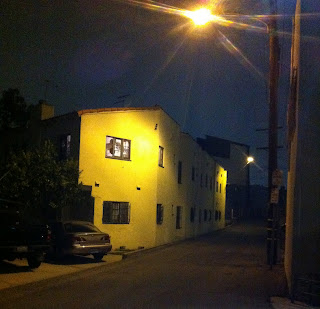 We’d known each other for years, had a lot of mutual friends, and went out for a minute. Sort of dated, and got high together, but we were on different paths: mine was heroin, hers meth and alcohol. Which didn’t mesh, and I eventually ended up with Sara, who was Sheri’s best friend, and we set out to ruin our lives as fast as we could, while Sheri met another guy, got pregnant, and had a kid. But we all hung out together. Down and out in Hollywood.

Then it all fell apart, I moved away, and Sara went to jail. The months turned into years, and then decades. And Sheri? Well, our paths crossed many times over the years, different cities, different variations on our relationship: adversaries, conspirators, accomplices. Yet, with the passing of time we went our separate ways, and finally lost touch, and it’s been longer than I care to admit since I thought of Sheri. 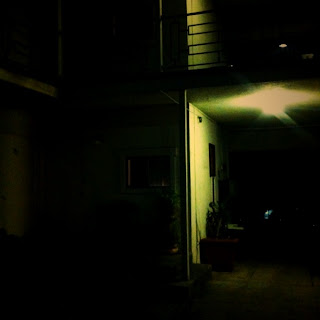 It’s night and the courtyard of my building is barely lit. I’m juggling my bag and some Chinese food take-out as I fumble in my pocket for the keys to my apartment. Just as I open the door there’s a chime from my phone telling me I have a text: “Hi Patrick Was at the hospital with Sheri shes pretty bad off and it does not look good?? She’s in a coma! Will keep you posted… Very sad.”

Then I’m standing in the living room. It’s hot, the windows having been closed all day, the apartment claustrophobic. A small fan on my desk that I forgot and left on is set to high, straining to blow the stale air around. I stare at my phone for a few minutes. When it automatically turns off, I revive it and punch in: “Man, sorry to hear the news. Very sad. Good that you’re there. Yes, please keep me posted.”

My apartment is silent. Oddly, even my noisy neighbors aren’t making their usual racket. The whir of the fan, a background hum, the only audible noise, until my phone chimes again.

“Just got home, was not much we could do for her there…might drive back Friday to check in but it’s not looking promising she stopped breathing and her heart stopped and it took 45 minutes to revive her! She was without oxygen for 45 minutes…Was so sad to see her in that condition so lifeless!”

I’m still staring at my phone, when it shuts off, and the room goes dark.

Time, consequences, and circumstance change everything. I no longer live outside the law. I no longer do drugs and hang out in shooting galleries. I got busted, did my time, hit rehab, got off parole and I haven’t looked back. Yet, periodically memories return, and when I think of all the shit I’ve done, I wonder who that person was. Because it isn’t who I am now, and when I look in the mirror, I can’t fathom being that person who did all that insanity. I don’t know who he was, like it’s weird I have tracks on my arms, and rap sheet that keeps me filling out the “have you ever been arrested” section on job applications with yes – and never getting hired. But hey, I’ve forgotten, can’t you?

Last time I saw Sheri was fourteen years ago. She’d come by my place in San Francisco with a friend and I’d scored them some drugs. I was heavily strung out. They’d wanted speed. I had a connection. They gave me the money. I returned with a quarter ounce. But I’d pinched a gram of it so that I could sell it for heroin. This was not what friends do to one another. But this is what strung-out addicts do to anyone they come in contact with, if they’ll let them. Sheri called me on the phone the next day to yell at me, but I knew her heart wasn’t in it – stealing drugs wasn’t something new to Sheri. She was always lying, manipulating, and conniving when it came to getting high. Sheri was crazy like that, and the years of Meth and alcohol hadn’t helped.

The last time I talked with Sheri I’d just gotten out of rehab and I was a nervous wreck being on my own and afraid of possibly relapsing. I was scared to hang out with anyone I’d used with. Like their addiction would somehow grab me, forcing a needle in my arm, and I’d be strung out again. Sheri had gotten my number from my mother, and called me. Hearing her voice was strange, and I was hesitant to talk with her.

We made plans to meet when she came to the city.

Two nights later she called, drunk as hell, screaming, “You don’t love me.”

I hung up on her.

It’s taken me many years to be comfortable as me, who I am now. I was nervous around old friends. I was unnerved in sketchy places and situations. I avoided everything, and then one day realized how stupid all that was and started living my life again. But by then I’d lost touch with a lot of people. Regrettably some I’d never see again. 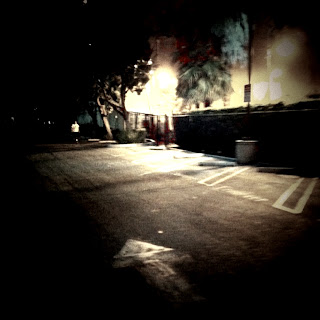 Friday evening, coming out of a meeting, standing outside in the parking lot, talking shit with a couple of ex-dope fiends. Absentmindedly I turn my phone back on and the text alert chimes.